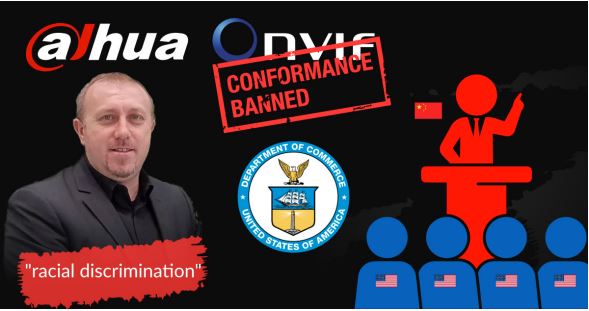 Dahua and HIK VISION, these 2 companies are not any longer member of ONVIF.
It is deep impact to them when they enter into Government and big enterprise level projects.

Dahua’s top employee in Italy alleged the company’s ONVIF conformance ban is
due to “racial discrimination” against PRC companies, not the result of Dahua’s
presence on the US government’s Entity List.

In this report, IPVM explains the ONVIF conformance ban, outlines the
accusations by Dahua Italy, and analyzes ONVIF’s actions once Dahua was
placed on the list. ONVIF conformance has become a global issue as Dahua’s cross-town rival
Hikvision lost a $73 million Italy deal over a similar ONVIF conformance ban.
Background Dahua, along with several other PRC-based manufacturers, was added to the US
Government’s Entity List in October 2019 over human rights abuses of ethnic
minorities:
The move precludes US companies from sharing restricted technology with the
Hangzhou, China-based manufacturer in the absence of a specific export license.
Days after Dahua’s addition to the Entity List, California-based ONVIF temporarily
suspended Dahua’s membership (see below announcement from ONVIF).
Several months later, in April 2020, Dahua was blocked from future ONVIF
conformance. While the company is still a member of ONVIF, it remains barred
from nearly all ONVIF-related activities